In pursuance of UGC letter No- F—15/2009(ARC) Pt.III dated 13 November 2017. The impotent recommendations which call for an urgent action to ensure a ragging free campus in the report entitled “Psychosocial study of Ragging in sealed Educational Institutions in India”.

As per Ordinance University Grant Commission (UGC) ragging in any form is strictly prohibited, within the premises of College/Department/Institution and any part of College/ University system as well as on public transport and elsewhere

For any violation, action shall be taken, in accordance with the rules laid down by the College/University

Our college has taken several steps to stop ragging within and outside the College and near college premises.Members of College Anti-Ragging Cell went on a round in the college during college hours to control ragging activities. Several strict decisions were taken by Anti Ragging Committee to curb this offence. The students involved in ragging will be punished, rusticated and even expelled for a specific term as per decision of the Principal/ Vice-Chancellor. Several notice boards were fixed in the college at prominent places stating punishment for ragging. No ragging case has been reported by anyone this year. 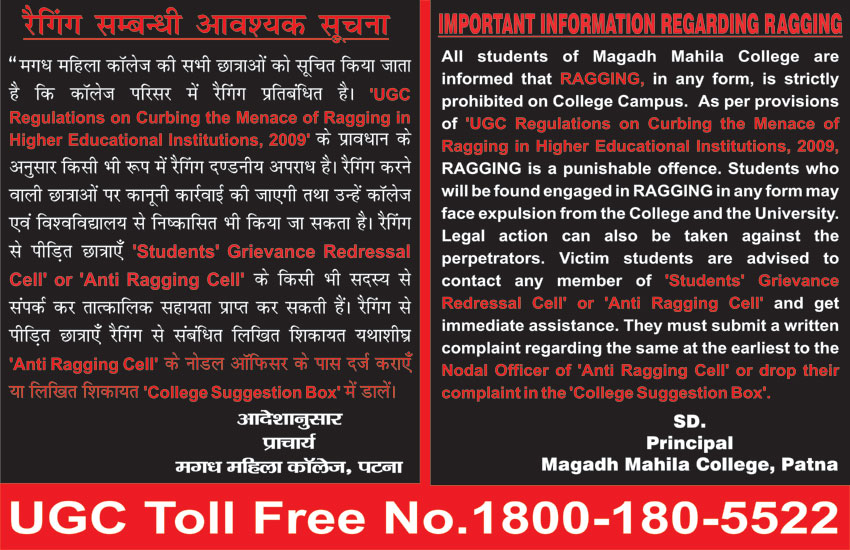