WHEREAS sexual harassment results in violation of the fundamental rights of a women to equality under articles 14 and 15 of the Constitution of India and her right to life and to live with dignity under article 21 of the Constitution and right to practice any profession or to carry on any occupation, trade or business which includes a right to a safe environment free from sexual harassment.

AND WHEREAS the protection against sexual harassment and the right to work with dignity are universally recognised human rights by international conventions and instruments such as Convention on the Elimination of all Forms of Discrimination against Women, which has been ratified on 25th June, 1993 by the Government of India.

AND WHEREAS it is expedient to make provisions for giving effect to the said convention for protection of women against sexual harassment at workplace.

In this Act, unless the context otherwise requires

(B) “Sexual harassment” includes any one or more of the following unwelcome acts behaviour (whether directly or by implication) namely: –

3(i) No Woman shall be subjected to sexual harassment at any workplace;

Provided further that the Internal Committee or, as the case may be, the Local Committee may, for the reasons to be recorded in writing, extend the time limit no exceeding three months, if it is satisfied that the circumstances were such which prevented the woman from filing a complaint within the said period. 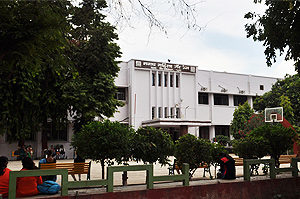 All Tenders
All Notices & Announcements 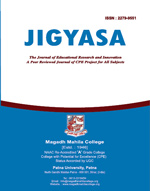 JIGYASA The Journal of Educational Research and Innovation